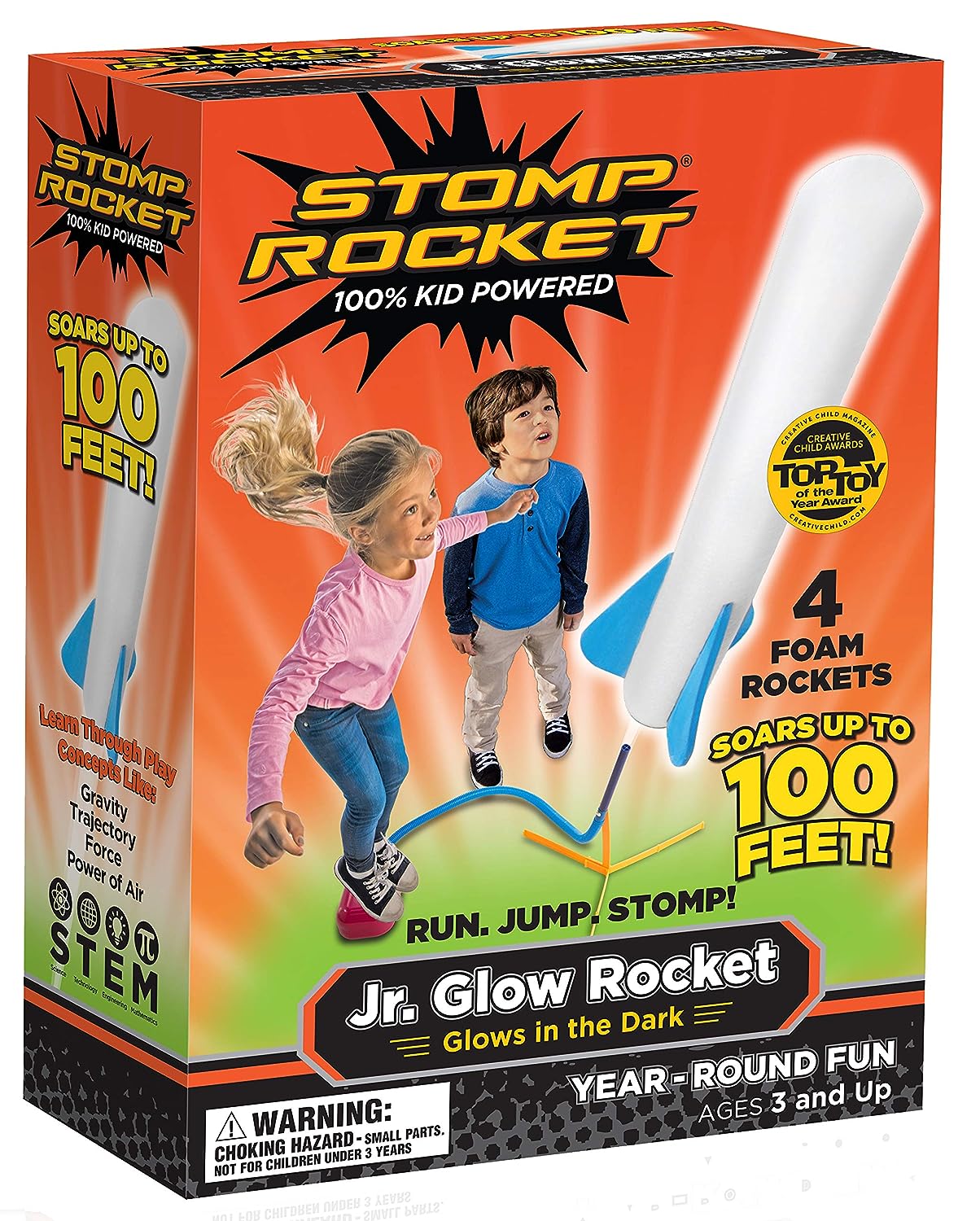 For 25 years, Stomp Rocket has been soaring with kids everywhere! Our Jr. Glow will launch rockets up to 100ft. in the air and will stand out against a dark sky. This best seller is 100% kid powered, requiring no batteries – Watch them, Run, Jump. Stomp.

Stomp Rocket is a STEM Toy